VR technologies for a Marketing Research

A large international FMCG client needed to assess changes in the goods display in the retail chains. There were many options for placing goods: by category, brand,  format, etc. Within this framework, the manufacturer needed to determine the most successful option for setting the products.  The manufacturer decided to conduct marketing research to select the best option. The study aimed to determine the most effective type of display and identify "cold" and "hot" areas of potential visitors' attention. It was proposed to test various variants of planograms among real buyers of these retail chains. However, to conduct such a study, it was necessary to find ways to bypass significant problems:

The task was to develop a marketing research tool capable of showing respondents various planogram options and recording their specific attention points on these planograms. The applied approach had to be convenient for working with a statistically significant number of respondents (from 80 people). It should also structure the results of viewing planograms into a specific scheme.

The suggested solution included 360 videos of different types of planograms in stores and an application to play 360 videos in a VR headset with the possibility to fix users' gaze direction while watching them. Virtual reality technologies with 360 videos allowed to achieve the maximum effect of "real presence" at the point of sale among respondents. The application uploaded data on respondents as a map with marked points of direct respondents' gaze. This approach could be used both for analyzing the "cold" and "hot" zones of each of the respondents individually and for a consolidated assessment by combining maps with the points of interest of several respondents (for example,  including all respondents in a total assessment or by sub-groups - men/women, young/senior age, etc.). It was suggested to visualize the final results for "cold" and "hot" zones in the form of a heat map based on the full array of respondents' points of attention. 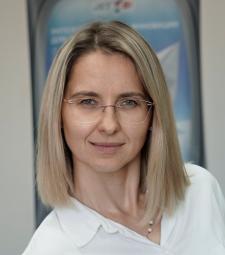 2021 VR\AR market future: the big players' vision
The analysts predict the exponential growth of the immersive market. We've collected the key players and significant manufacturers/developers' data to understand the situation better. Dive right in to be equipped with a concise set of facts for you to decide if it is worth investing in AR/VR now.
Read more

Improve your marketing impact with Virtual Reality
Real Estate companies use different channels to advertise properties and face a lot of challenges. It isn't easy to manage diverse data and improve marketing ROI. A Virtual Reality tour is a crucial touchpoint in customer journey management and a tool for putting data to work.
Read more

Get all VR HARDWARE you need for FREE
Fuel your Real Estate sales with a virtual reality solution and Salesforce integration. If you doubt digital transformation costs, do not miss a chance to get a custom VR solution with all the equipment you need to start a new digital sales channel now.
Read more