JET BI brings Belwest to a new level of business

About Us
Published by admin
38

Belwest is the largest manufacturer of footwear in Belarus, the Belwest trademark is among top five brand-leaders in the footwear market in Russia. The total number of stores in Belarus, Russia and Latvia is more than 350; number of employees is more than 4 thousand people; annual production capacity is more than 2 million pairs of shoes.

Opening of new stores, the increase in the number of suppliers and the expansion of the commodity matrix associated with the growth of "Belwest" business led to an increase in the volume of stored and processed data. The platform previously used was based on the SAP BW system and had limitations in performance. For example, the daily loading of new data required more than 6 hours. Such limitations reduced the efficiency of analytical work and the speed of the management decision-making, accuracy of forecasting and planning.

In 2015, Belwest management decided to make a transition to the new SAP HANA platform. JET BI was chosen as the main technical partner for this initiative.

The successful implementation of the SAP BW on HANA using In-Memory technology has significantly increased the performance of the analytical system. The speed of the daily data loading has been increased 4 times on average, calculation of data forecast has been accelerated 5 times. The speed of the basic bulky reports decreased from 40 minutes to 10 seconds. Today the system is used by a large number of users from different divisions of the company. 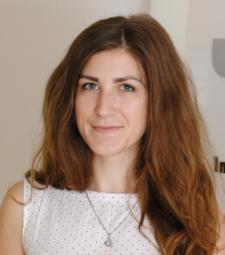 The SAP BW Consultant course is finished. Thanks to all involved!
On April 22, the course for SAP BW Consultants beginners was completed. The main topic of the course was building a corporate analytical system on the SAP platform. Like previous courses, because of the Pandemic, classes were held in an online format, but it didn’t prevent JET BI experts from teaching 21 lectures and helping students with questions and difficulties.
Read more